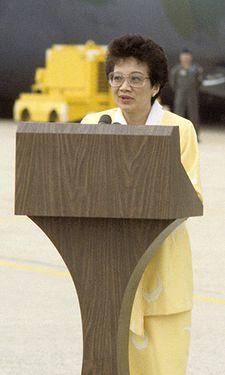 This one is really striking a chord with me.

Talk about the end of an era.

Corazon C. Aquino of the Philippines, who was swept into office on a wave of “people power” in 1986 and then faced down half a dozen coup attempts in six years as president, died Saturday in Manila, her son said. She was 76.

The NYTimes article is excellent, touching on many of the dramatic high points of Aquino’s life and service as president of the Philippines.  Who will ever forget the more than 2,500 pair of shoes left behind by Imelda Marcos, wife of former dictator Ferdinand Marcos, who lost election to Aquino in 1986?

What a thunderous moment in history.

More from the NYTimes:

An observant Roman Catholic who sometimes retreated to convents for contemplation, she attributed much of her success to a divine will. She also said she sought guidance from the spirit of her late husband, Benigno S. Aquino Jr., who had been a chief challenger to Mr. Marcos. His assassination in 1983 fueled the opposition against Mr. Marcos and made his widow a popular figure.

“What on earth do I know about being president?” Mrs. Aquino said in an interview in December 1985, after a rally opening her election campaign.

But that was beside the point. For many Filipinos, she embodied a hope of becoming a better nation and a prouder people.

“The only thing I can really offer the Filipino people is my sincerity,” she said in the interview.

It was what they hungered for, and what she delivered as president. Although often criticized as an indecisive and ineffectual leader, Mrs. Aquino combined passivity and stubbornness and an unexpected shrewdness to hold firm against powerful opponents from both the right and the left.

I recall an account of Aquino going to communion on her knees after her election.  Literally, according to accounts at the time, she processed down the aisle to the priest on her knees.  At the time, I thought that odd.  But Aquino attributed much of her success to divine will, and she strove to remain humble before her God.  Today, I consider that a striking image, contrary to leaders who have claimed to lead with a divine mandate, Aquino attempted to remain humble:

She had come to power through what amounted to popular acclaim — she called it “people power” — expressed by huge crowds that gathered in support of her after the disputed election in February 1986.

One year later, in February 1987, an 80 percent popular vote for a new Constitution was seen as a vote of confidence in her presidency, and coming after her nonelectoral ascent to power, it confirmed her legitimacy and helped keep her challengers at bay.

Hers is an amazing story.

She performed one incredible about-face in policy, however, that rattles the Philippines to this day:

Under pressure from her restive military, she was forced to abandon one of the most strongly held ideas she brought to her presidency, an amnesty and reconciliation with a Communist insurgency. In one of the most striking retreats of her presidency, addressing the graduating class at the Philippine Military Academy a year after taking power, she said, “The answer to the terrorism of the left and the right is not social and economic reform, but police and military action.”

She turned her military loose, and the war against the Communist New People’s Army resumed. The four-decade conflict continues today, along with widespread extrajudicial killings by the military that are reminiscent of Mr. Marcos’s time.

Her son says there will be no state funeral, according to ABS-CBN news in the Philippines:

The Aquinos have decided on a private funeral for the late President Corazon Aquino, who died early morning Saturday after battling colorectal cancer for more than a year.

Senator Benigno “Noynoy” Aquino III said they have decided to have a private funeral, instead of a state funeral.

“It won’t be a state funeral,” the senator said.

“That was the intention from the start,” he said, adding that nobody from the presidential office had contacted him “nor am I waiting to talk to anybody there.”

Aquino also said that they have not yet been contacted by Malacañang regarding any plans for a state funeral.

“For all intentions and purposes, she had been a private citizen after stepping down, and siguro, to a degree we would like to spend as much time as possible as a family with her,” he said, explaining their decision.

All I can say is that I’m incredibly touched by her passing.

I’ll end by letting the former president speak for herself through this prayer she wrote in 2004: 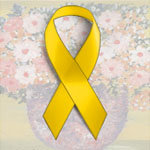 So remind me each day, most loving Father
To be the best that I can be
To be humble, to be kind,
To be patient, to be true,
To embrace what is good
To reject what is evil
To adore only You.

When that final moment does come
Let not my loved ones grieve for long
Let them comfort each other
And let them know how much happiness
They brought into my life.
Let them pray for me
As I will continue to pray for them,
Hoping that they will always pray for each other.
Let them know that they made possible
Whatever good I offered to our world
And let them realize that our separation
Is just for a short while
As we prepare for our reunion in eternity.