Summer of Blagojevich Unfolds: Judge Will Not Subpoena Obama

From the Chicago Tribune :

The judge overseeing the corruption case against former Gov. Rod Blagojevich has denied a defense motion to issue a subpoena for the testimony of President Barack Obama.

U.S. District Judge James Zagel said he does not believe Obama’s testimony would be material to the charges.

This is the correct decision. Blago wants a show. All the judge needs to do is guarantee justice.

A man was shot in the buttocks Thursday night in the South Side Calumet Heights neighborhood.

The man, 21, was taken to Advocate Christ Medical Center in Oak Lawn in good condition after being shot in his left buttock about 10:15 p.m. Thursday in the 8900 block of South Houston Avenue, according to a police News Affairs release.

It’s us. It’s the men who are doing the shooting.

What’s up with that?

Beaten to Death: Leon Walker, 5, Lived and Died in Hell

The fatal beating of a 5-year-old Gary boy left veteran investigators shaken after they saw deep, dark scars from the back of his head to his knees.

Leon Walker’s injuries were inflicted by someone who beat him repeatedly over time, police said.

Investigators are now trying to figure out who did it. The boy’s mother was questioned and released.

Dad is in custody. Investigators say they found items at the home that suggest the boy was restrained while he was struck with an object, perhaps a belt, the Sun-Times reports. He was to turn 6 on Monday.

All we can do for Leon now is pray.

Monk, 51, admitted to attempting to extort a horse-racing businessman for a campaign contribution in exchange for getting a bill signed.

Monk has agreed to serve 24 month in prison and is cooperating with investigators.

The clock is ticking in Blagoland.

IS THE Senate climate bill doomed? It certainly took a hit Saturday, when Sen. Lindsey O. Graham (R-S.C.), hitherto the bill’s lone Republican backer, threatened to abandon the effort. Mr. Graham, who had worked with Sens. John F. Kerry (D-Mass.) and Joseph I. Lieberman (I-Conn.) for months on the bill, derided Democratic leaders for opening the way to take up immigration reform before the climate bill, calling the move "a cynical political ploy" and claiming that it endangered the climate effort. He has a point.

Painstaking negotiations on the substance of a compromise climate bill are nearly complete. Mr. Graham, Mr. Kerry and Mr. Lieberman have gone to extraordinary lengths to attract a coalition of supporters, including environmental groups, electric utilities, businesses, the Christian Coalition and even oil companies. Fence-sitting senators concerned about the bill’s effects on manufacturing and American competitiveness seem to be coming around to the idea of pricing carbon. This emerging coalition, backers claim, is still behind the bill.

Lindsey O. Graham is holding the earth hostage…, over politics. Immigration reform. And the Republicans’ refusal to do anything.

Take a deep breath — if you still can — and call or email Lindsey Graham:

Jonathan Toews scored a power-play goal to cap a wild first period, and the Chicago Blackhawks held on for a 5-3 victory Monday night over Nashville and advanced to the Western Conference semifinals for the second straight year.

The Blackhawks won the final three games of the series, setting up a second-round matchup with the Vancouver Canucks for the second consecutive season. Chicago hasn’t lost a Game 6 with the chance to eliminate an opponent since 1995.

Nashville has been eliminated in all five of its postseason appearances on home ice.

Well, Nashville still has Graceland. And those ducks.

I think this is so incredibly awesome, I can hardly believe it.

To the Weird Right, here is your moment of Zen:

President Barack Obama is still the world’s most respected leader, according to a new six-country poll.

Released today by France 24 and Radio France Internationale, the Harris Interactive Poll asked 6,135 adults between the ages of 16 and 64 who live in the United States, Britain, France, Italy, Germany or Spain to name their favorite world leaders.

Seventy-seven percent of those surveyed chose Obama, which is one percentage point higher than when Harris Interactive asked the same question in November.

Close on his heels is the Dalai Lama, Tibet’s spiritual leader, who was mentioned by 75 percent of those polled. U.S. Secretary of State Hillary Rodham Clinton came in third at 62 percent, and German Chancellor Angela Merkel was mentioned by 54 percent of respondents, good enough for fourth place.

To the Weird Right: This is the point where you should be shouting, "Go USA!!! Go USA!!!"

This is good news for America and Americans everywhere.

Just don’t let it go to your head, Barry. Michelle, keep him grounded. 😉

From the Southtown Star:

A 33-year-old Dolton man was charged with murder today in the death of his ex-girlfriend, Dana Hayes of Park Forest.

Terrence Coulter was charged with first-degree murder and concealment of a homicidal death.

More here at the Star

Rush: “President Clinton’s ties to the domestic terrorism of Oklahoma are tangible” (Video)

Is it possible to say that Rush Limbaugh has gone too far?

Just when you think he’s topped himself, out comes another brain fart. And, once again, Rush takes advantage of the misery of others to pad his pocketbook.

Watch the video, and wonder why….

Jeszcze Polska nie zginela — Poland Is Not Yet Lost 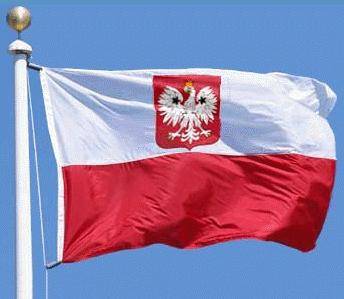 I have no words for those in Poland mourning the loss of their President, and so many more.

I can only offer the Polish National Anthem, translated “Poland Is Not Yet Lost.”

Like Czarniecki Poznania regains
Fighting with the Swede,
To free our fatherland from chains
We shall return by sea

Father, in tears
Says to his Basia
Just listen, it seems that our people
Are beating the drums