John Oliver On Donald J. Drumpf, a.k.a. Trump: No Kidding, Watch This #MakeDonaldDrumpfAgain

This is an amazingly honest assessment of Donald J. Trump, a.k.a. Drumpf (no kidding). This is important political commentary.

What is Drumpf’s true net worth? The answer may surprise you. Even shock you.

You must, must watch this video.

And you will learn that Trump’s real, ancestral name was “Drumpf.”

No kidding. No kidding at all.

And thank you to John Oliver!

You can also pick up a Chrome extension from that site that will change Donald Trump’s name to Donald J. Drumpf on every website you visit.

So It Turns Out Pope Francis Did NOT Invite Kim Davis Personally, Or, At All

Her lawyer is lying.

I’m shocked that lawyers would lie.

I know that you are too.

But Kim Davis’ lawyer is part of a recognized hate group, the Liberty Counsel.

Ever since it became public that Pope Francis met in Washington with Kim Davis, the Kentucky county clerk who refused to issue marriage licenses for same-sex couples, the questions have been swirling: Why did he meet with her, and was it meant as a political statement?

As it turns out, the Vatican said on Friday, the pope did not mean to endorse Ms. Davis’s views. It also said he gave her no more than a typical brief greeting, despite what her lawyer described.

Instead, the Vatican said that Francis gave only one “real audience”: to someone later identified as one of his former students, Yayo Grassi, a gay man in Washington who says he brought his partner of 19 years to the Vatican’s embassy in Washington for a reunion. They even shot video.

The disclosure, after the Vatican’s unusual attempt to correct the impressions left by Francis’ meeting with Ms. Davis, added to days of speculation about whether Francis intended to send a message on the place of gays in the church, or conscientious objection, and whether his advisers had fully briefed him on Ms. Davis, or had their own agenda.

The Vatican spokesman emphasized that the meeting with Ms. Davis was arranged by the office of the Vatican’s ambassador in Washington, not by anyone in Rome — including the pope.

Any conservatives following or supporting Ted Nugent must take pause.

After a group of Native Americans protested outside a concert by Ted Nugent, the late-1970s rocker verbally lashed out, calling them “stinkyass unclean dipshIt protestors” and calling for Native Americans to be “rounded up and shipped back to wherever they came from!”

The article goes on to say that a reporter pointed out that Native Americans occupied North America “10,000 years before whites.”

Nugent’s response? “Nugent shoved an AK-47 in his face, saying, ‘Shut up, unclean vermin!'” according to the report.

Could there be a higher octane fuel for the Fox News false outrage exploitation engine than wheelchair-bound World War II veterans?

And with firm proof that the GOP planned and engineered this shutdown.

From 80 Congressional members of the GOP.

And don’t forget Smokey the Bear.

This was filmed on the public lawn of the Arizona State Capitol on September 7, 2013 where the "We Are America Tour" added Arizona racist, former State Senate President President Russell Pearce. Pearce is famous for SB1070 and his association and endorsement of neo-Nazi JT Ready, who killed an entire family before killing himself in 2012. The local racists have worked closely with FAIR for years. I was there to film the speakers. It’s a safe guess that if Minute Man Founder Chris Simcox wasn’t sitting in jail for multiple counts of child molestation that he would’ve been a speaker at this event also. Is it any wonder why they didn’t want the "liberal Media" filming them? For my own safety, I refused to leave without a police escort. It took over 7 minutes for any law enforcement to arrive.

The video is edited only for length.

For the most accurate info on these groups like BALA or We Are America or tea party, racists and others part of this event, read here: http://blogs.phoenixnewtimes.com 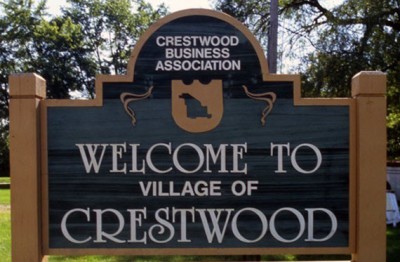 It wasn’t too long ago we were all saying, "If you go to Crestwood, don’t drink the water."

"If you go to Crestwood, beware the mayor."

Especially if you play soccer.

Play soccer in a league that has been in existence for more than 40 years.

A league that is its own not-for-profit (NPF).

Do you get that?

In existence for more than 40 years.

Feel so, so very sorry for this Illinois village, stuck with a mayor hell-bent on stepping on children for political gain, clawing his way to the headlines, making a name for himself as a perpetrator of political vendetta.

The mayor wants to see the books.

The mayor wants a cut of the pie.

The mayor has a political vendetta.

I like and enjoy reading Phil Kadner. Please make a point of reading him.

At issue are the soccer fields just south of 138th Street and Lavergne Avenue, which are on ComEd land overlooked by high-tension towers.

According to soccer club board members, 32 years ago former Mayor Chester Stranczek agreed to let the club use the property rent-free after the village signed an agreement with the utility company for use of its easement.

Volunteers with the soccer club leveled the land by hand, raised money to construct a $22,000 fence and gate, more money to buy soccer goals and an additional $13,000 to build a garage to house equipment.

The village cuts the grass on the field. But, for 20 years, the field has been in use by the not-for-profit Crestwood Soccer Club, composed of "more than 500 children signed up for its fall season; about 70 percent Crestwood residents and the rest from the surrounding suburbs," according to Kadner.

Seventy percent is an amazing figure for a club, and political suicide for anyone to mess with. Especially a 20-year agreement.

But why should that stop Lou Presta?

There are 40 recreation teams and five travel teams in the club.

So why, pray tell, is the mayor, Louis Presta, messing with this fine organization, and the 500+ children (70% from Crestwood) who are members?

And Toscas, it appears, is not a strong-enough supporter of the mayor.

A proposed village ordinance would create a new seven-member parks commission appointed by the mayor, and create a new position of director of parks and recreation.

Presta told me the position would be filled by a current village employee at no increase in salary.

But the ordinance says compensation for the director “shall be established by the board of trustees annually.”

Crestwood does not own the land. ComEd owns the land. Kids play under high tension wires. ComEd leases the land to Crestwood.

Now Presta wants to call that land a park.

Even though Crestwood does not own the land.

And there’s more, and it’s about money:

Not only that, Presta indicated he wants the soccer club to share the money it raises with the rest of the village’s recreational programs.

“Some recreation programs make money and some don’t,” Presta said. “I believe the money should be spread around so that those that make money can help support those that don’t to provide opportunities to everyone.

Of course. So this private corporation must now open its books to the village.

Because Lou Presta, mayor of Crestwood, is a real piece of work.

A real, real piece of work.

Become A News Reporter In the Worst Possible Way (Video)

In the worst possible way.