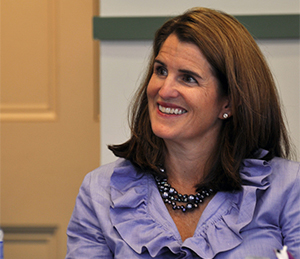 To her credit, unlike others with influence in Trenton, the first lady did not play the “Do you know who I am?” card after being pulled over, dash cam video of the traffic stop shows.

As it turns out, how the first lady wound up getting that ticket is perhaps more interesting than why.

After New Jersey traffic fatalities jumped 8 percent in 2016, state Attorney General Christopher Porrino requested and received $1.2 million in federal grant money to launch a campaign against texting and other distracted driving that was behind the rise.

Bloomberg also has the story:

NJ Advance Media reports Mary Pat Christie was stopped while driving with a cellphone in her hand on April 10 in Bernardsville by a police officer assigned to the grant-funded program that targeted texting and other distracted driving.

She didn’t identify herself as Republican Gov. Chris Christie’s wife. But she did tell the officer she wasn’t making a call. The officer told her she could not have the phone in her hand while driving.

The officer told her she was getting a ticket because he was on the distracting driving grant detail.

She pleaded guilty and paid a $250 fine.