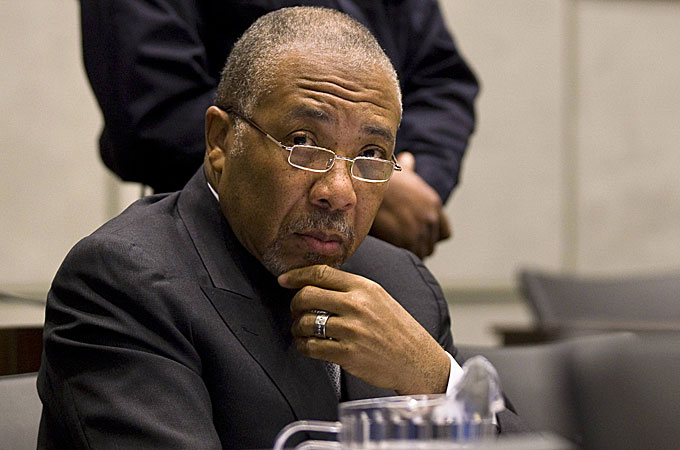 And I am relieved that Ellen Johnson Sirleaf is currently President of Liberia, a country still recovering from the slave trade.

Still recovering from the devastation wreaked by Europe and the Americas.

So I was distressed to learn this week that Charles Taylor, currently on trial for Crimes Against Humanity, was at one point employed by the United States’ Central Intelligence Agency.

Liberia’s Charles Taylor, the first African head of state to be prosecuted for war crimes by an international tribunal, used to work with the CIA, according to a report in the Boston Globe from this week.

The report, based on information uncovered through a Freedom of Information Act request made six years ago, said that Taylor had a relationship with the US spy agency for years, although the details of what he actually did were unclear.

“The Pentagon’s response to the Globe states that the details of Taylor’s role on behalf of the spy agencies are contained in dozens of secret reports – at least 48 separate documents – covering several decades,” the US newspaper said.

“However, the exact duration and scope of the relationship remains hidden.”

A spokesperson for the ICC told the Globe that the Taylor-CIA relationship was unrelated to his charges at the court.

The Globe report backed up long-standing rumours of Taylor’s work with the CIA, which confirmed a relationship with Taylor beginning in the early 1980s.

Even though this happened during the Reagan administration, this still gives me no pride.

Taylor  is accused of 11 counts of war crimes and crimes against humanity on claims that he armed Sierra Leone’s Revolutionary United Front (RUF) in exchange for illegally mined, so-called blood diamonds.