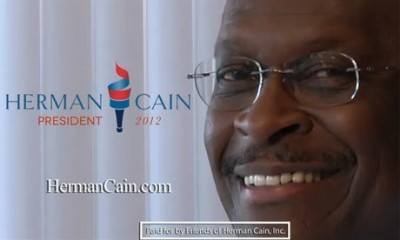 Herman Cain and his Mona Lisa smile. Sincere, or creepy?

Herman Cain does not believe he sexually harassed anyone.

Consider Cain’s remarks regarding attorney Gloria Allred, hired by Sharon Bialek, one of the women who came forward alleging sexual harassment by Herman Cain, “Let me put it to you this way: I can’t think of anything I would hire her to do,” Cain laughed, referring to Allred. “I can’t think of a thing.”

I believe there are other men and women like Herman Cain who believe likewise.

Heard a few of them today on Chicago’s  WBBM as the station reported Cain’s suspension of his presidential campaign. “Give-em heck, Herman!” someone called to the candidate as he made his announcement.

I believe there are people who don’t get it.

It’s a question of ethics, and we don’t get to write our own rules.