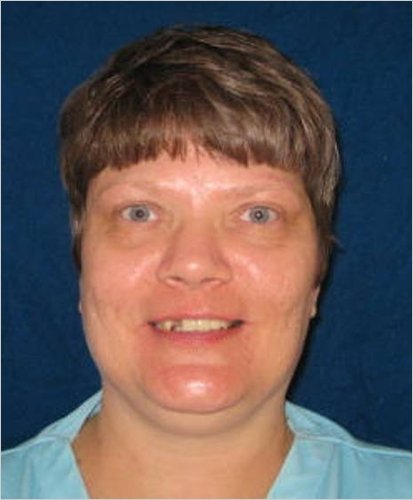 A woman was executed by the people of the state of Virginia today. She was only the 12th woman executed in the United States since the death penalty was reinstated in 1976, the great year of our Bicentennial Celebration.

Here’s a telling line from the NYTimes story, "Psychologists involved in her case said she was borderline retarded."

A woman convicted of orchestrating a plot that led to the murders of her husband and stepson was executed in Virginia Thursday night, becoming the first woman executed in the state in almost a century.

The woman, Teresa Lewis, 41, died by lethal injection at a correctional facility in southeastern Virginia. With a crowd of death penalty opponents protesting outside, Ms. Lewis was pronounced dead at 9:13 p.m., the Associated Press reported, citing officials at the Greensville Correctional Center in Jarratt. She was the 12th woman executed in the United States since the death penalty was reinstated in 1976.

The case against Ms. Lewis, the first woman executed in the country since 2005, had drawn international attention. Many of her supporters questioned the fairness of her sentence — her co-conspirators, who fired the fatal shots, were spared capital punishment — and doubts were raised about her mental capacity. Psychologists involved in her case said she was borderline retarded. And her supporters argued that she had been manipulated by the two triggermen, who stood to gain hundreds of thousands of dollars in savings and life insurance payoffs.

What’s done is done, and cannot be undone.