Home / Legal / Violence / Jordan Brown, 12, A Child Accused of Murder, May Be Charged As An Adult

Jordan Brown, 12, A Child Accused of Murder, May Be Charged As An Adult

Jordan Brown, 12, A Child Accused of Murder, May Be Charged As An AdultJanuary 29, 2010 TL
LegalViolence
0 Comment 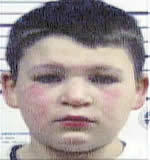 Jordan Brown is a 12-year-old child accused of murder. A Pennsylvania judge is expected to rule today on whether the juvenile will be tried as an adult.

Judge Dominick Motto will hear arguments over whether Jordan Brown should be tried as an adult or a juvenile for allegedly killing his father’s pregnant fiancée.

Prosecutors said Brown, who was 11 at the time, shot and killed 26-year-old Kenzie Houk and her unborn baby as she lay sleeping in her Wampum home last February.

If tried as a juvenile, the court’s jurisdiction would end when Brown turns 21 and he would be released.If Brown is tried as an adult, he would face life in prison.

Brown has been charged with one adult count of criminal homicide and is being held without bail in a juvenile facility.

How this child got his hands on a loaded weapon is another matter entirely.

I’ve written about this before. Jordan Brown is a child. He should be charged as a juvenile.